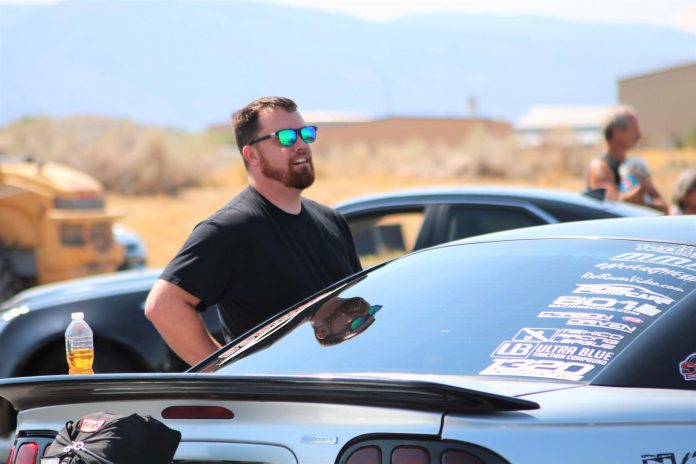 As drag racers we get the question quite often of, “What is it like?” Well let me start out by saying, No Prep is not just a competition, it’s a way of life!

Most days start out with trucks pulling into the track, cars in tow, their crew exhausted from the long haul, just to find their spot in the pits. Crew members sluggishly exit the vehicle and stretch their stiff muscles, but, there is no time for rest just yet! The car, tools, equipment and much more must be unloaded. Once the first tasks have been completed and the car is now up on jacks, for some it’s a time to make their rounds and say hi to the fellow racers. But, for some, it’s time to get to work on the car.

So you can get the gist of what happens next, let me take you back to the last No Prep race!

It was now the final round of eliminations, the last car standing takes not only the money but the pride of being the best of the best! The finals now in play, each car fires their engine, that’s when the crew in the left lane notice a slight smoke coming from the right header. The drivers pull the cars into the burn out box and light the tires as they lay down a patch of rubber, the crew notices the smoke has become more intense and now know the engine is hurt. As the starter checks under the car for fluids he gives the driver the go ahead. “Come on, just one more pass!” you hear one of the crew members shout. As they sat eyes glued to the car, the driver pulls up and prestages the car, waiting for his competition to prestage as well. Once both cars are in they bump forward to light the final staging bulbs, engines roar as the tree drops to show a glowing green, which seems to freeze in the mind of the driver as he passes the eight mile marker, the crew looks over to see their competitors win light on, they drop to their knees in utter disappointment, only to be greeted by the other crew members lending out their hands to
raise them up and hug them, and praise them for a great race. The crew heads back to the pits to load the car, tools and equipment and head to the next race knowing they have their work cut out for them as soon as they get there.

Jumping back to the current race, that same crew now gets to work on fixing the car. As they begin to pull apart the engine the very crew that took them out in that last No Prep race walks into their pit….., they didn’t come to rub it in, they came to lend a helping hand. Tools and parts, some loaned some purchased are being shuffled from pit to pit, both crews are buckled down, elbows deep in grease, sweating like crazy, busting knuckles as they thrash to get the car ready once again to meet the untamed surface of the track. Once completed, both crews end up going rounds and these same cars end up going head to head once again in the final round, this time the opposite outcome. The crews meet up in the pits and along with other fellow racers and talk about the fun they had racing each other knowing both cars were firing on all eight cylinders!

Competition or not we are all family and when one falls we all rise! This my friends, it may seem like a sacrifice but it is our passion and a way of life! 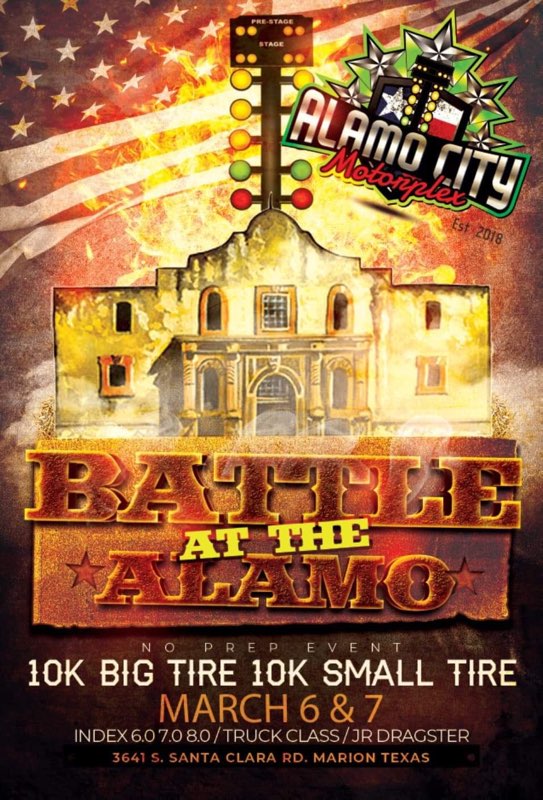 Battle at the Alamo