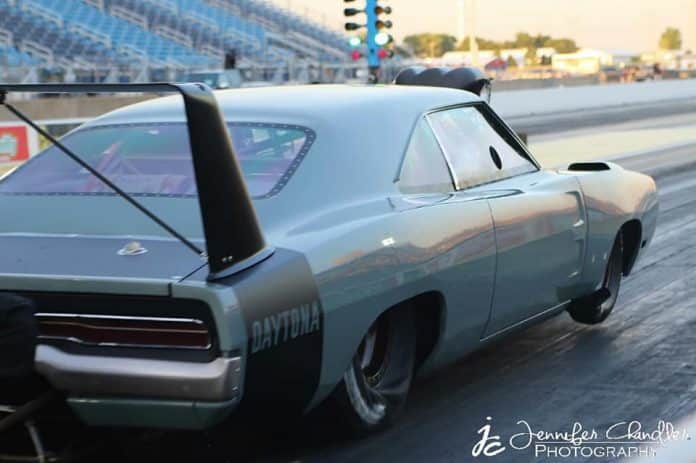 When you just can’t get enough of a good thing, it never seems like a job.  From Garage Squad, to No Prep, to just every day garage, that is what Joe Zolper says regarding his work, passion and drive.  Joe is no stranger to basically anything with an engine in it, and working from the ground up.  As I got the chance to talk with him, I was more than surprised at the level of humility Joe exuded.  “Just one of the guys”, is an understatement.  A hometown guy with deep roots and big dreams, Joe has definitely made name for himself. 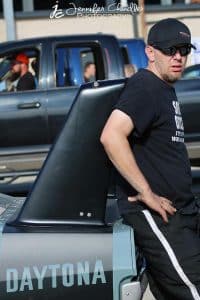 Growing up in Joliet, Illinois, on grandpa’s farm, Joe was taught early on a strong work ethic.  Joe considers himself more of a “farm boy, rather than a country boy”.  Meaning he wakes up early and gets to work until the sun comes down.  Even though he doesn’t live there now, he is still close to his roots.  The younger years for him were spent with his family filled with “gearheads”.  Joe says, “Even at a young age I would be sitting there with my toys tearing them apart to see how they worked, and then how I could make them go faster”.  “It’s in my blood”, he recalls, “my father, my uncles, my grandpas, you name it, they were into it”.  Joe doesn’t come from a silver platter, gold spoon family.  He has worked hard and made due with what he has had.  “When you don’t even have a budget to work with, you figure it out as you go along”.  Joe is clearly into working on anything with an engine and is extremely technical.  Garage Squad is low budget, and made for the average guy to be able to build on a budget.

The early days of Joe’s driving began with an 82’ Honda Accord.  He was gifted with this car at the age of 16 and a week later he wrecked it.  No question he was out flying on some gavel roads and hit another car.  Granted this also got a woman in trouble for messing around on her husband.  The other car was not supposed to be there or out in the first place, but that’s a story for another time.  Did I also mention that he is a fantastic story teller? 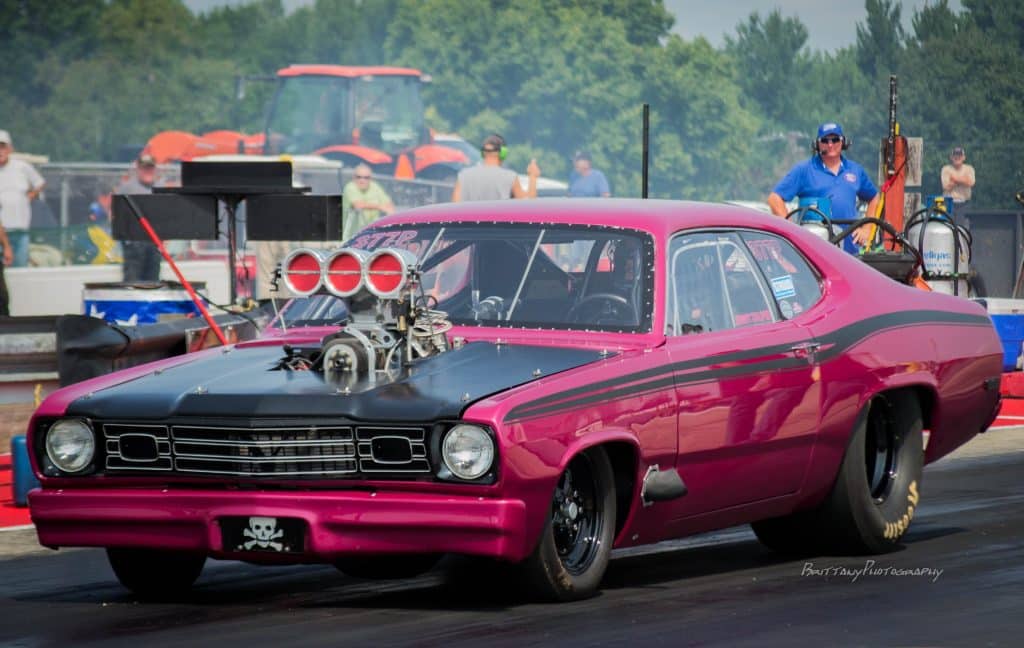 Fast forwarding to today, Joe is surrounded by his family who are gearheads just like him.  His wife Jennifer drives an alcohol blown car, and will hopefully be back to racing once she is all healed and 100% back from her knee surgery.  His daughter Ruby drives a junior dragster, which she wants to look just like her daddy’s.  So a new paint job is in the works for hers. 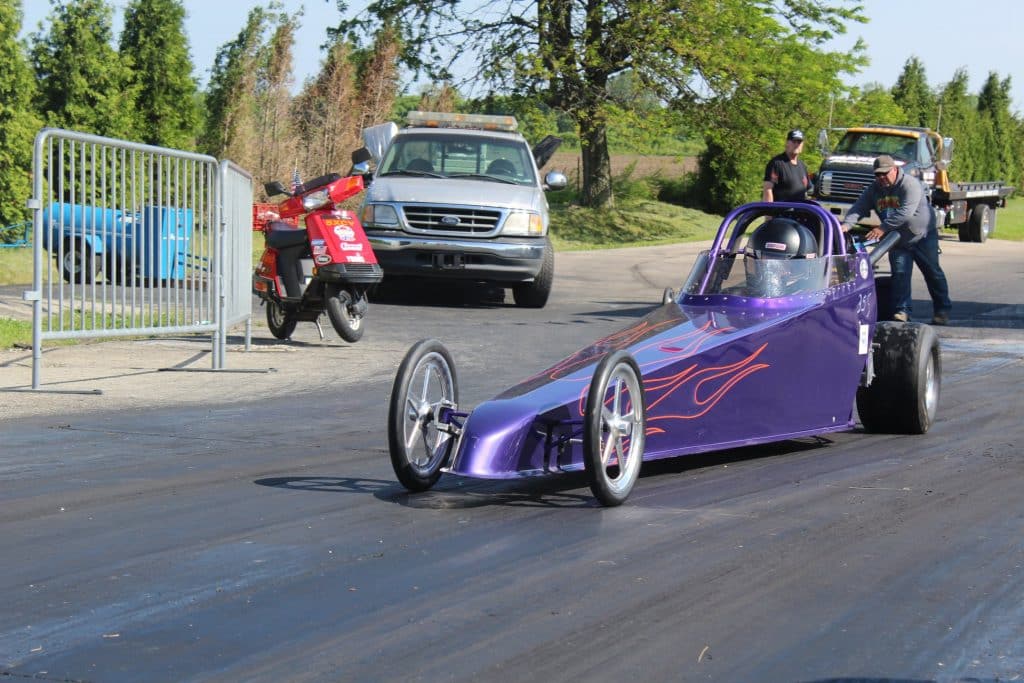 Joe has the mindset of a true warrior.  He has been burned in a fire, drove his quad off a cliff, has only one arm that is fully functioning, and has even spent time in a wheelchair.  When asked how he does it all, his reply was simple, “With all of that, I’ve got to be positive, I have to keep pushing.  I’m here to support all of these guys and girls in all that they do in the both the car enthusiast and racing scene.  I’m not here for the TV, I have my own show.  I just love racing and all kinds of it.  I’m not looking to take anyone out, I want to be a stiff competition though”.  If there was one thing that he is best known for, it is his persistence.  If you tell Joe that he can’t do something, he’s the guy who will find a way to make it happen.  Always remaining kind and humble, one of his favorite things to do, is to teach someone.  Joe is patient and generous with his time.  He is able to help teach others how to fix or improve their projects.  One thing Joe definitely makes sure happens, is to pass along what he has been taught so the next person can carry it on. 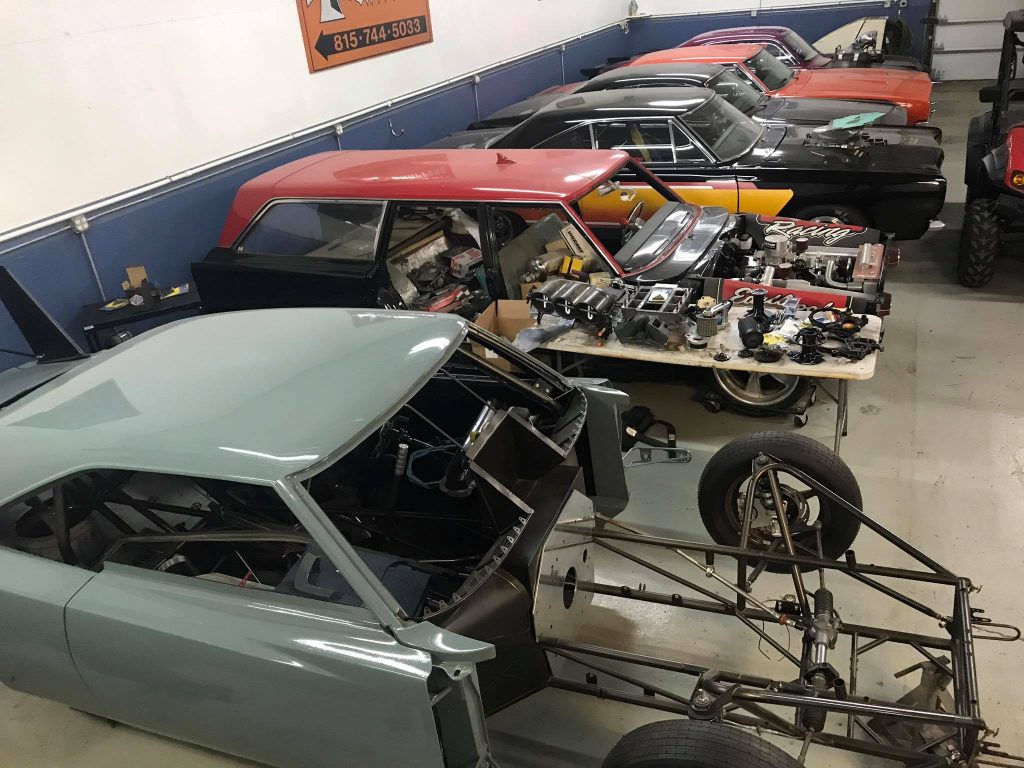 When Joe was asked the stereotypic questions in what he loves the most and keeps him coming back for more, he simply answered with nostalgia.  Joe’s favorite is the Mopar days and the Nostalgia nights at the track.  “There is a certain type of history that comes along with these events that you just miss out any other way”.  Joe does prefer the ¼ mile over the 1/8 mile, “it’s in my blood”, he says, “and when I hit 200 mph, in the 1/8 mile, I want to keep going!”  He does prefer the track to the street just for safety reasons alone.  Just like the next guy, there is always someone who helped mold us to the person we are today.  Growing up, he was a fan of John Force.  When I asked him why, his response was short and simple, “he was the guy who had THE personality”.  Force was the guy that had it all in his eyes, fast car and huge personality, nothing short of character there.  “Of course I do have to mention our own hometown guy John Lawson, driver of the Lucas Oil funny car.  That was a dream.  To be from here and then get there (driver’s seat of a funny car)”.

Joe himself is living his own dream.  He has his own show, Garage Squad, his own shop, Prison City Customs, and is running in many different racing events including some of the No Prep Racing events.  He builds cars, fabricates the motors, all without letting the pressure of it all get to him.  “Between filming and keeping my family my priority, it’s important for me to be there for them as well as provide for them”.  Every man wants to have a legacy to leave their family and loved ones, Joe is no different.  He just wants his family and future family to know that he was able to conquer so much without having a lot, when the odds were stacked against him, he was able to come out on top.  He wants his grandchildren to know that he was able to build an overhang awning at the local hospital so it can weather the storm and provide for others.  “Money will come and go, it’s all about living a life”.

As much as a sensible guy Joe is.  There has been a time or two…million, that he has been the comic relief to others.  He is “that guy”.  Joe is the guy who will not accept failure, he will come back time and time again to make sure he can do it and got it right.  His fan base is outstanding.  He mentioned that no matter what his fans have always been rock solid and have had his back.  One thing is for sure, don’t ever ask him to help you with electrical work in your house.  There may be an incident that involves, tighty whities and some screaming.  Ever watch Home Improvement?  Instead of Tim, this is Joe.  Just ask him to tell you the story.  I promise you, you will not be disappointed.

All joking aside.  Joe Zolper is by far of the most down to earth, talented, hysterical, gear-head out there.  He wears his heart on his sleeve and will never say no to anyone who is genuine and looking to learn.  He has the American Dream and made it all happen.  Determination, a strong will and passion for an engine, he is one in a million.

Watch out for the latest addition to the Zolper garage known as the Dauntless Daytona a  blown hemi that looks as badass as it sounds. It is sure to win the hearts of so many car enthusiasts and still hurt the feelings of anyone lined up against it. 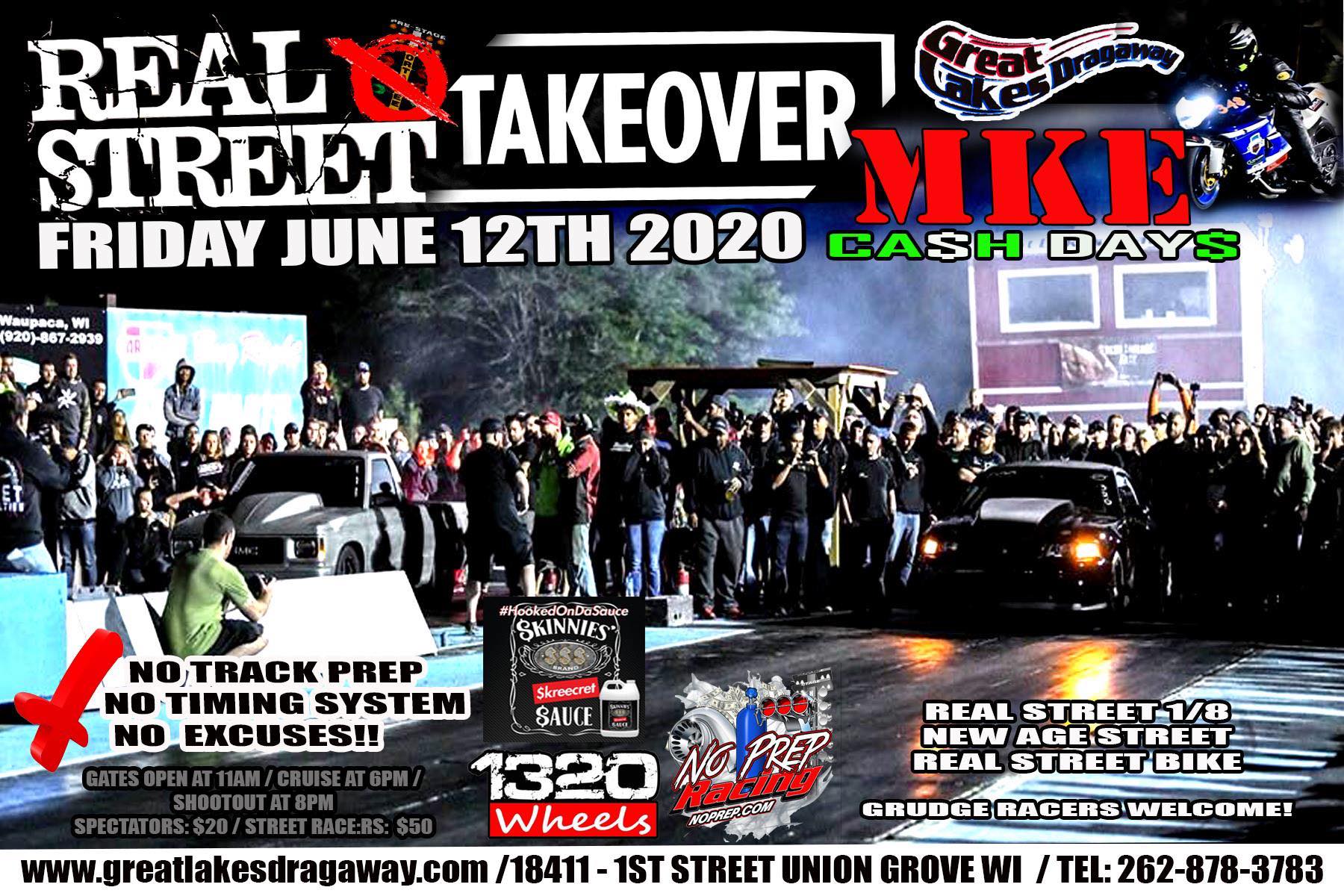 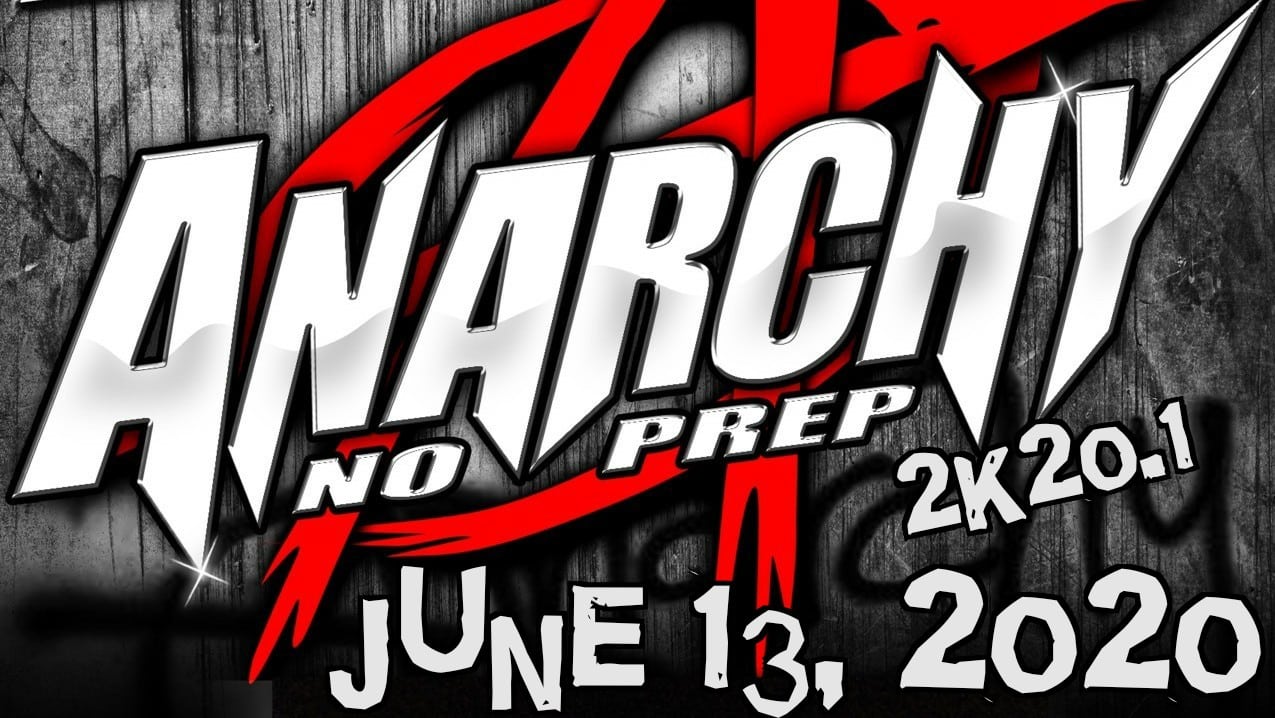 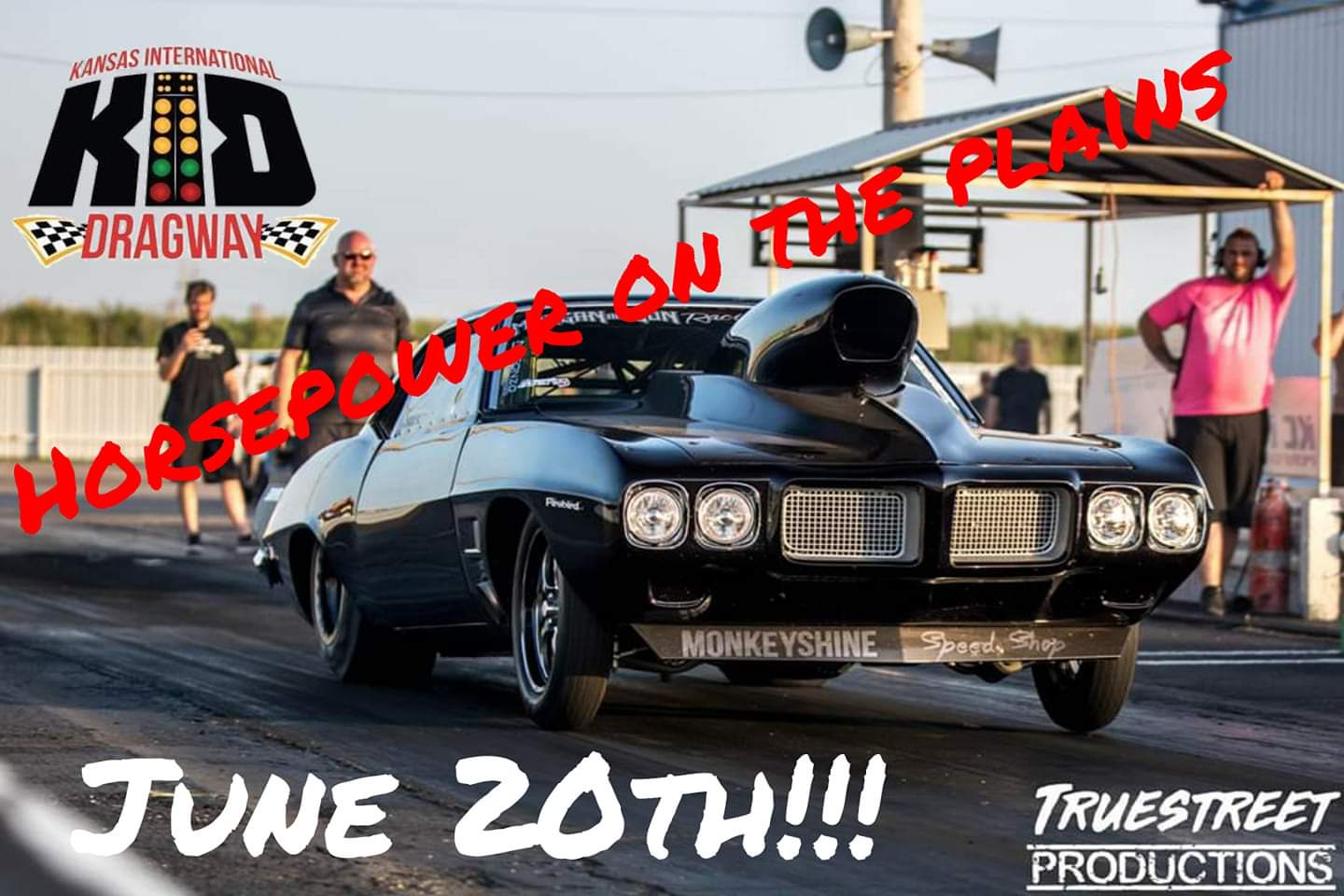 Horsepower on the plains 2020 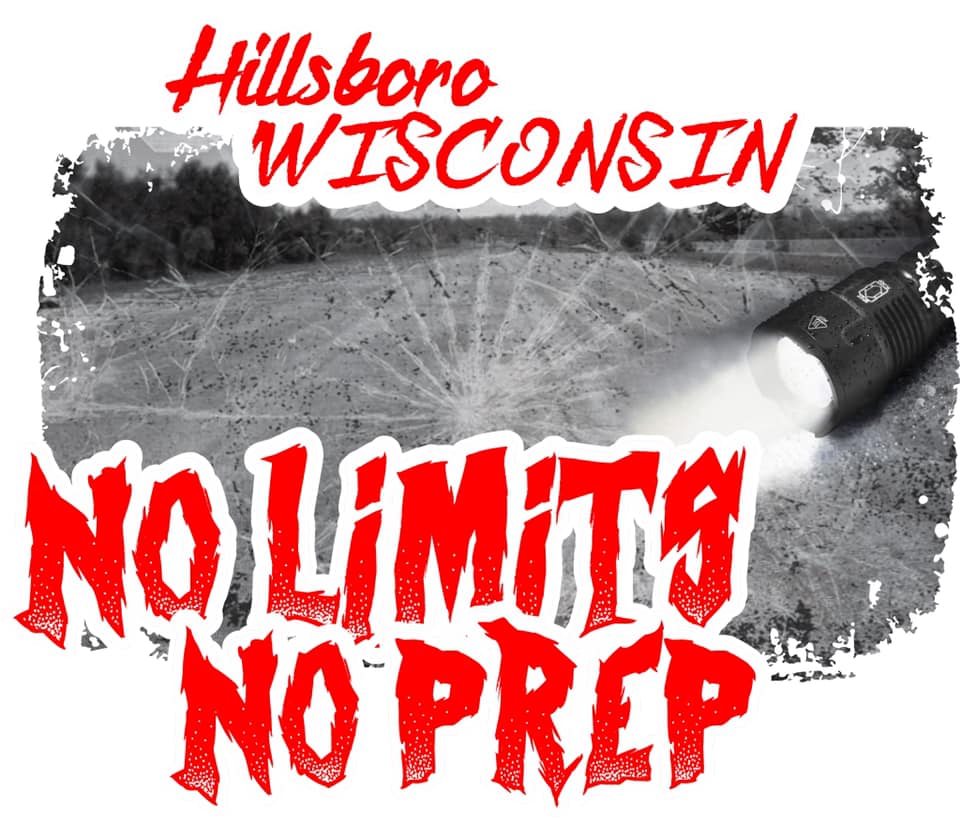 No Limits No Prep