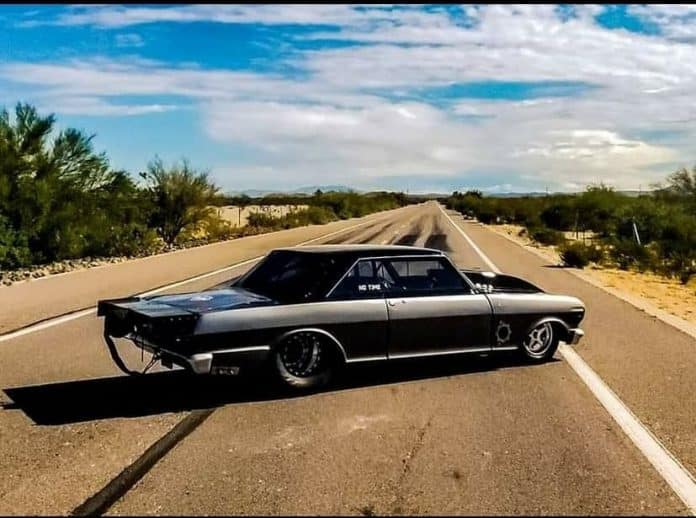 It normally goes without saying that a man’s family comes first in their lives, but sometimes it needs to be emphasized.  Justin Higgins the driver of the 1962 Chevy 2 Nova small tire Bruised Ego, is no exception to that statement.  Justin has made quite a life for himself in his 31 years on this planet and has no plans on hushing that name either. 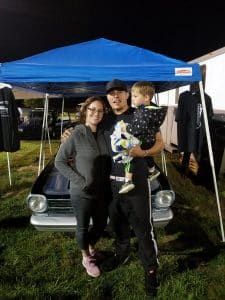 Born and raised in Bagley, Minnesota, Justin was the quintessential back woods guy growing up.  He enjoyed hunting and trapping and still does to this day.  As a curious child Justin had the drive to learn how things worked.  “I would always tear things apart and Frankenstein them, even remote control cars I would modify as a little kid”.  At the age of 15 he began hanging out with an older crowd of guys. The gear-heads who were all ten years his senior and into hot rods.  “In those garages is where I met my future boss, he was a foreman and he hired me.”

When he was 17 years old Justin moved to Arizona and finished high school.  Soon after graduation he moved back to Minnesota, to a town called Bemidji, best known for Paul Bunyan and his Blue Ox named Babe.  With all his accomplishments Justin can stand just as tall if not bigger.  It was after his return that he began working in construction.  As many know, racing does not come cheap.  “There was not one paycheck I received that was not spent on race cars”.  His first car was a 1991 Ford Ranger 4 cylinder 5 speed, and things only grew from there. 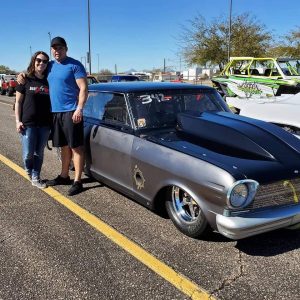 As mentioned before he drives the 1962 Chevy 2 Nova Bruised Ego and races in the No Prep world in the small tire class.  Bruised Ego was named by Justin’s friend Greg Schmidt, he said, “It was originally painted black and blue and was a grudge car, it was a perfect name and fits its personality!”  That’s not all with names, some of you may not know this “Justin” that I speak of, but most people likely know him as “Jiggs”.  That name we can thank his friend Alex from Minnesota.  As a joke he made his Instagram IG: Jiggsnp.  It ended up working in his benefit while he transitioned from Minnesota to Arizona once again. His Minnesota company was called Northern Performance, and his shop now in Arizona is Nextgen Performance.  At this young age of his early 30’s Jiggs has been THE guy to know when it comes to cars. He opened his own shop in his 20’s and has grown since.  “All the guys I looked to for help when I was younger, now come to me for help, it’s great that we can all joke about it”. 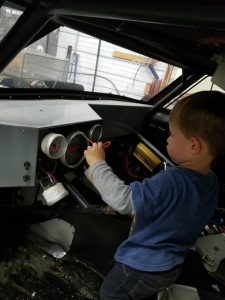 “I headed southwest again to be where there was more racing, better weather, and I have some family here too.”  One of the biggest driving forces Jiggs has behind him is his family.  Justin has a loving and supportive wife and a 4 year old son.  Both are his world.  His son is definitely like his daddy.  The 4 year old will follow him around the garage with his empty power glide transmission case and throw parts in there.  He would say that he is building his own transmission.  “I’ve had a hard life, but that made me the man and father I am today so I guess I’m thankful for that.  My wife keeps me focused, she changed my life.  I want the world to know about me is that my family is the most important thing to me.  I have had people come and go in my life, my little family is my world”. 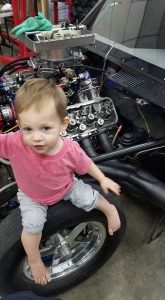 When you are in the spot light there are many people who claim to be your biggest fan, but when you ask Justin if he knows who his biggest fan is there is but only one answer, Grandpa!  Justin’s grandfather is his number one fan without a doubt.  Grandpa calls all the time and asks how he is doing, even with limited movement some days it won’t stop him from trying to turn a wrench with his grandson.  “Grandpa is a bad a** and my all-time hero, he is amazing and the only person who has done nothing but love me”.

Justin, like many others did not grow up with the silver spoon in his mouth. Usually that leads to the greatest personalities and drives to thrive that one could ask for.  Because he lived pay check to pay check and everything he did was about his car, he was able to teach himself and learn from others how to make it work.  With his knowledge he then helps out anyone else who needs it.  “I don’t claim to be the best at anything I do, but there’s nothing on a racecar that I can’t do”.  A major influence that Justin has is Stevie “fast” Jackson, Justin stated, “Even though we don’t do the same type of racing, I love how hard he works, and how fast he works.  I also like to think I’m the more redneck version of the guy and I would love to meet him one day”.  The hard work that goes into racing is undeniable.  There are times when you’ve won a race but broke a part of the car and the part cost more than the payout.  Justin and the rest of the ladies and gentlemen have to factor in the payouts verses the potential losses.  “I’m also that guy who will be researching parts on my phone at 2 in the morning while most normal people are asleep”. 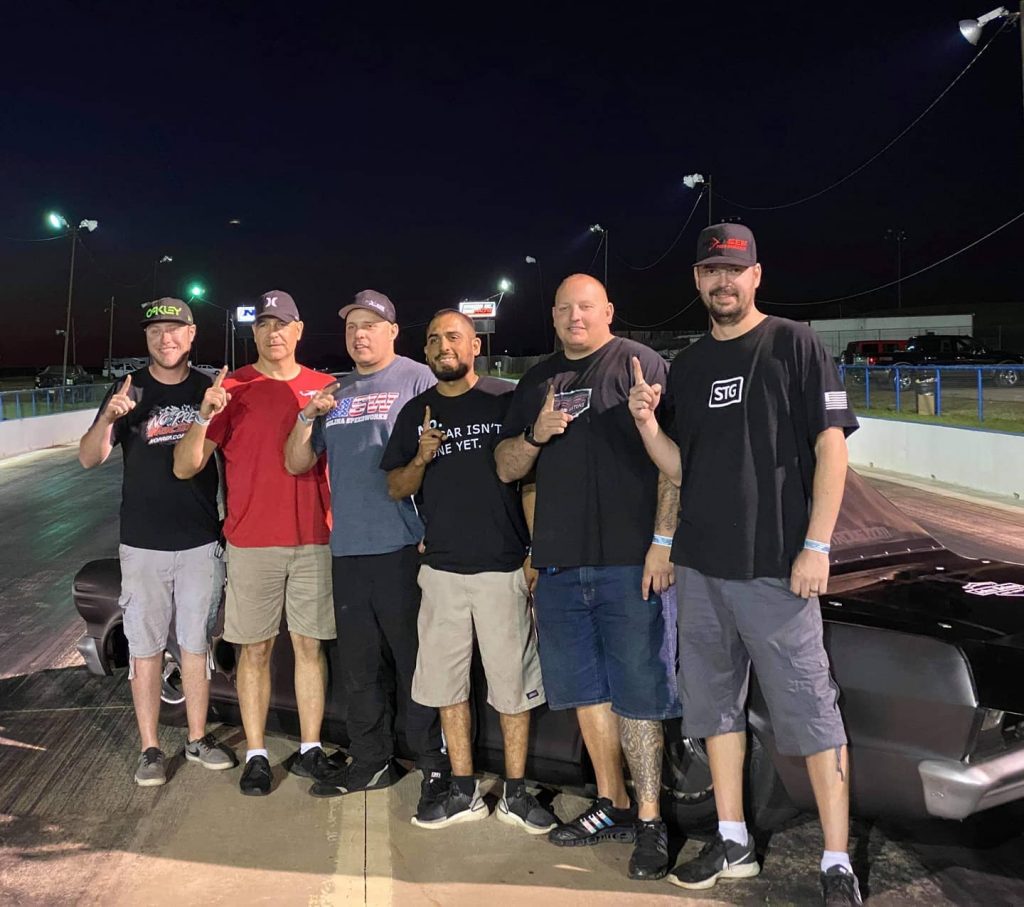 “I love No Prep Racing the best, it has my heart”.  When Justin was asked what type of racing was his favorite.  He reports of liking the organization of using a drag strip, and not having to do a 15 point turn on a highway to get back up to your area.  Plus at the track he is able to document his 60 foot and 330 foot flawlessly.  The street racing adds a lot of wear and tear on a vehicle, and for racers like Justin, and there are many, No Prep is the best way to go. 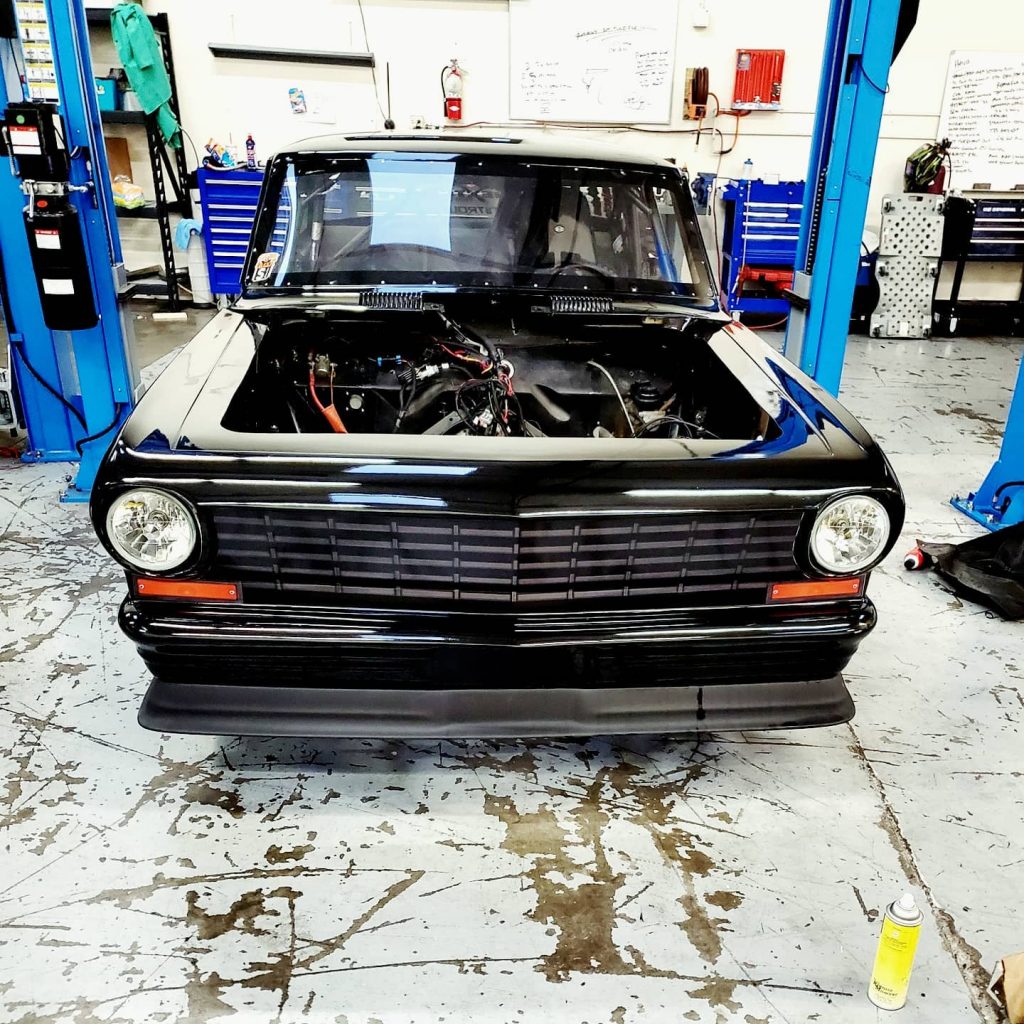 While racing and cars are definitely in his livelihood, he makes sure that his family is taken care of.  He has built his company up and worked so hard, that by the time his son is his age, his son will have twice the knowledge that Justin has now.  This is a life that was built from the bottom up, and almost nothing seems to compare to it.  Often times it is asked what these drivers would be doing if not this lifestyle, and it is always just about the same thing.  An engine is involved in some way.  Justin is no different, he would love to drive for NHRA Pro Nitro, or Boost.  If not that then a heavy hitter chassis turner.

These men and women all vary in style and drive, however one thing is in common and that is the fans they have.  Whether you are a big name driver, or not as known, one thing is that the fans will always come to you after you make your pass.  Each time this happens for Justin he is in awe and humbled by the love and support.  “My fans mean everything to me, without them and their support I’d be lost.  If I am not scrambling to get my car ready for the next round, then I will be there sitting and talking with anyone who wants to”.  This goes for social media too.  Each time he posts a win or loss, he makes it a point to not only “like” the comment, but to also personally respond back to the person as well.  “I’m just a humble guy and will always remain that way, I will always shake my competitors hand after a race, win or lose”.

Dream cars are something to keep in the goal forefront.  For Jiggs it would be another 1962-1965 Nova, and make it even nicer than the one he currently has.  Since he moved from Minnesota and Arizona back and forth, it is no surprise that he has a few different favorites for events and locations.  His favorite track event is Cash at the Creek hosted in Minnesota and his track in Tucson AZ (Tucson Dragway) where Owner Jim Hughes, Matt DeYoung, Fast Freddy and the rest of the crews treat Justin just like family. As for his all-time favorite track, that would be Grove Creek Raceway in Minnesota, “its super small but has the coolest atmosphere”.  With that atmosphere and the feeling of home is where the “after hour shenanigans” begin.  After consuming what some would consider to be Captain Jack Sparrow’s favorite beverage, he and his crew decided to do wheelies up and down the paved areas.  When the track owner came out to scold them, Justin simply rolled by saying “peace out homies”.  Obviously no one was hurt, and we do not condone others to try this at home, however it is simple stories like this, that give these guys a breather after a long and arduous journey.  To be able to laugh and smile at the end of the day is something just about everyone looks forward to do. 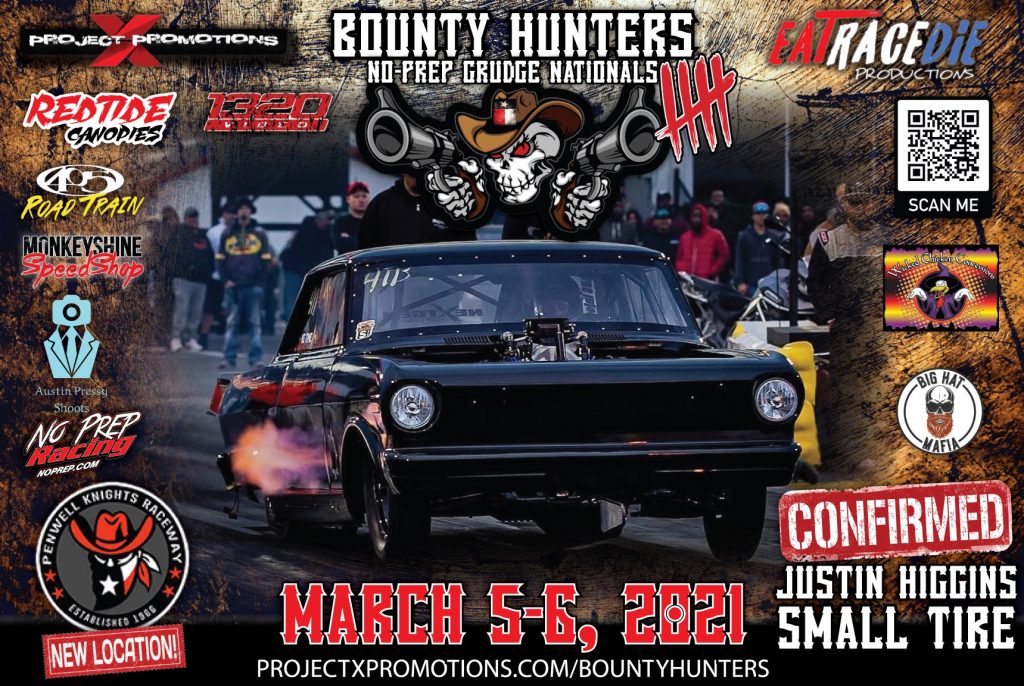 Justin remains humble and driven throughout everything.  He shared with me that he paid for his first car by trapping and skinning a beaver.  If that doesn’t tell you the type of person that Justin Higgins is, I don’t know what will.  His family is his main priority and he makes sure they are always taken care of.  He will always stop and talk to his fans, because he knows, that without them he wouldn’t have made it this far with this much love and support.  Lastly he wanted to add in “Shout out each and every single person who has ever gone to the track with me, for me, helped me on my car at the track or at the shop.  The behind the scenes people who are the real heroes and warriors. Thank you”.3.