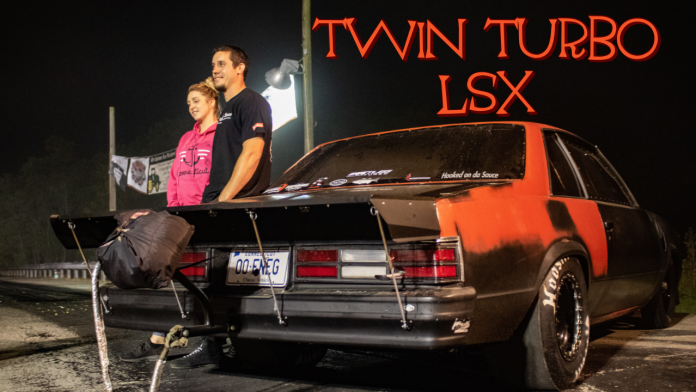 The no prep world sees all sorts of competitors, from the loud and flashy to the quiet more reserve home built hot rods, the racing includes racers from all ends of the spectrum. Some may be loud and outspoken, while others tend to let their cars do the talking. Somewhere in the middle we find Noah Stein in his 1980 Twin Turbo LSX powered Chevy Malibu. Noah Stein is a fierce competitor. You’d never know it by his easy ways and soft spoken nature, but behind that quiet demeanor is a whole mess of confidence. Don’t let him fool you, Noah is a bad man and at the final Midnight Madness of the season he shows us just why as he runs through the small tire competition to take home the money! His twin turbo LSX Malibu is a force to be reckoned with whether it’s a no prep, airport, or street. We had the opportunity to sit down with Noah and discuss his car and racing recently, here’s what he had to say:

Matt Ryce: How long have you had the car and what’s the setup?

Noah Stein: Got the car as a roller 4 years ago from South Dakota. Took 2 years to build it and I’ve been racing it another 2.

Track tuning is done by me

All fab work done by me

Suspension tuning by me also

All the Ohio stuff i like a lot. Its all about the down home southern atmosphere there from the fans and the racers. All really good people and crazy fast cars for the surface we’re racing on. Both kd and no prep mania at magnolia have gotta be my favorites. Chris, James, and the Bills (Bill and Billy Hoskinson) are great at putting on races. And even though the trip is so long to travel i do enjoy the trip trucking over there

When I built the car it was just to just general “drag race”. I did a few tnt’s at local tracks to shake the car down and get used to it. My third outing with the car was berkeley springs West Virginia airport race hosted by late model performance. Managed to go to the finals there and after that i was hooked. The no prep scene has an atmosphere like no other, not to mention the payouts are huge compared to most track races. Its not about the horsepower, it’s about reading the surface and making it work “off the trailer “. I cant get enough of this racing and it consumes my life in a good way.

In my opinion a bicycle is the best pit rig around. Simple, lightweight, and budget. But gotta keep the 80s style just like the g body. They just don’t make stuff like they used to anymore. And an outlaw bmx bike gang is way cooler than a golf cart

Once they decide to start spraying that nasty salt on the roads i park the whole race program. But if the roads are pretty salt free id really like to truck down to dig or die in December. And win or lose North Carolina sounds like a much better place to be than Connecticut in December.

No big plans for the car but i do plan on making it lighter wile still keeping it a stock suspension and no sheet metal. And of course a little more horsepower for the true 28s to stick to the ground.

My girlfriend Jodi is a huge part of the race program. Without her there wouldn’t be nearly this much success.

The real reason racing is great is because of folks like Noah. You’ll rarely catch him shouting out or starting arguments, but rather he’s going to sit back and let the machine do the talking. There’s no question that his home built, self tuned, hot rod is culmination of many late nights and testing coupled with the pride that comes from turning your hot rod into one of the most feared on the northeast and midwest.  He’s well respected racer in the community and known for being one of the most humble racers around. It’s going to be great to see what he can continue to accomplish in the 2020 season and know he’s going to do it with respect and a smile. Our hats off to you Noah, if every racer could carry themselves with such pride and respect, we can easily continue to grow the sport and spread the bug across future generations. 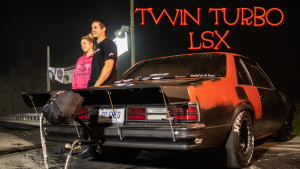 INSIDE NO PREP WITH HALEY PLUNKETT

Official Points Standing leading into Event #7 at HOUSTON RACEWAY this...