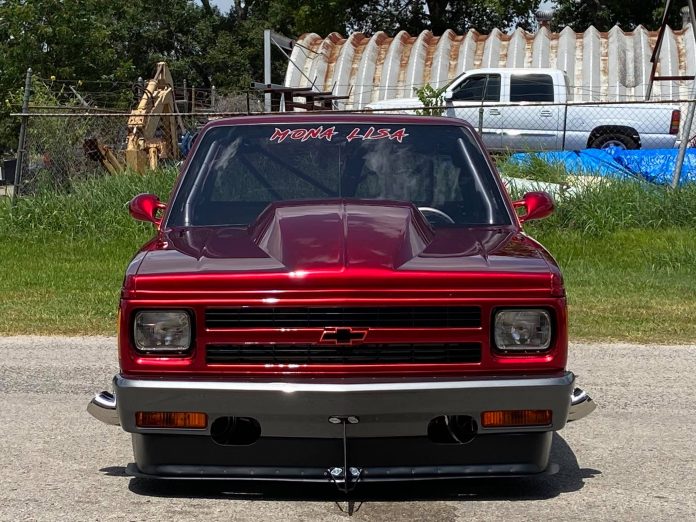 When longtime fan-favorite Sergio “Flaco” Gonzalez finished his brand new 1993 Chevy S-10, he aptly named it “Mona Lisa.” The truck is absolutely a work of art, both inside and out.

“If you see it in person, you will definitely understand why it’s called Mona Lisa,” Flaco says. “Everything and anything you take a look at, there’s a lot of attention to detail.”

With the exception of the doors and hood, the truck is still completely steel. It’s powered by an all-billet Noonan LS from Naiser Racing Engines running on alcohol, and twin 88mm turbos from Forced Inductions. It also features an M&M transmission from Mark Micke, AMS 2000 boost controller , and Holley Engine Management. 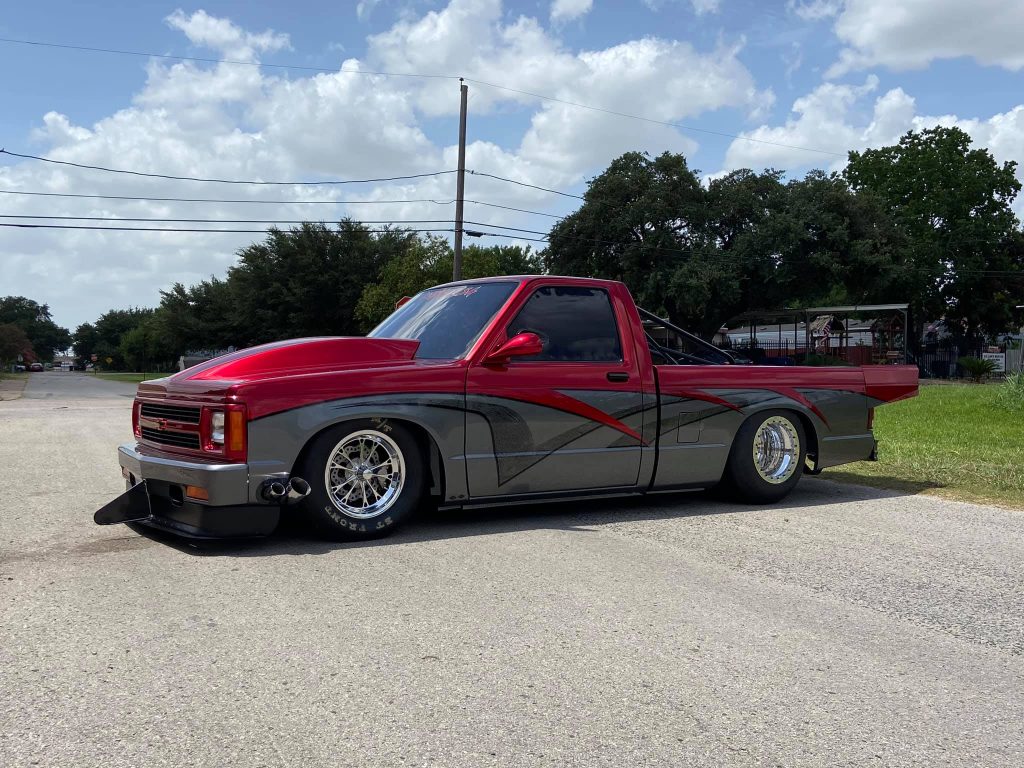 Flaco’s latest project has been 19 months in the making, much of it done behind the scenes, including selling his most well-known square body S-10, “Cornfed.” And with the truck finally completed, it looks just like he envisioned it would.

“My goal was pretty much what I have right now,” Flaco says. “We had a plan in mind. It all started when I sold Cornfed. The last time I ran Cornfed was at No Mercy 9. When we posted times on that thing, everybody kinda freaked out a little bit. Right after that, I had a buyer come forward and asked if it was for sale. So I gave him a number, and he came through. And I never really posted that the truck got sold, because the new owners chose for me not to say it, or who bought it. As soon as I sold that one, I scrounged around and I found this one. It was a nice clean body, all factory. We basically tore the whole thing apart. We used very few parts of it. It took a lot of hours to get it where it’s at right now.” 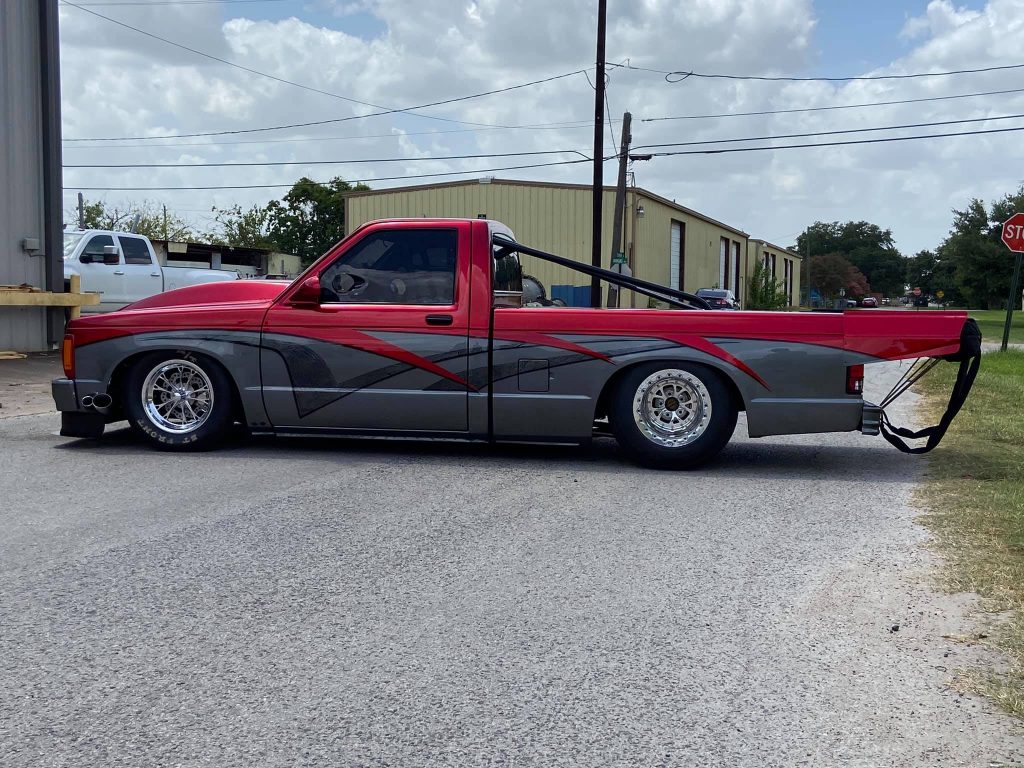 And where it’s at right now may come as a bit of surprise to many fans of no prep racing. “Mona Lisa” was not built to run no prep, but rather Extreme N/T and Pro275 radial events. His reason for the switch was simple, and something any racer can appreciate.

“In reality, the only explanation that I have is that I wanted to go fast,” Flaco says. “Not that you can’t go fast in no prep, but you’re more limited on how fast you can go, especially on a small tire. So you never really use your power potential. You always have a lot more power on tap.”

The no prep vs. radial debates have grown over the past couple years amongst fans eager to claim each as superior. A key argument seen against radials is that anyone can get down a highly prepped surface, a theory Flaco completely debunks.

“Everybody says that radial racing is easy, but I will tell you that is a lie,” Flaco says. “This thing, if it decides to spin, there is no recovery whatsoever. On a no prep, you can pedal and recover. On a radial, nuh-uh. It took us a little bit to get a handle on it, just because it is tricky, and not all track conditions are the same. You have to adapt to each and every single track. It’s not easy by any means. But once you do get down, you can apply the most power that you can, and you see the true potential.” 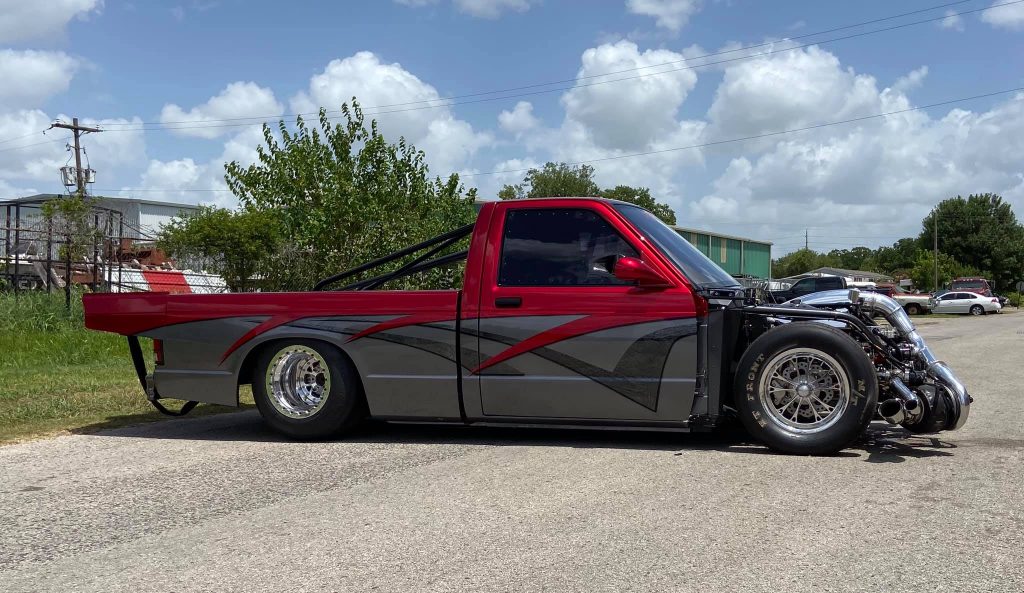 Testing on the new truck will begin in earnest this week, and from there the team will move on to big money N/T shootouts, and finish the season at South Georgia Motorsports Park for No Mercy 11, although in what class it will run is still to be determined.

“I’m not 100% sure we’ll run Pro275,” Flaco says. “Depending on how some of the races go, if they complain about this truck in some of the shootouts, then we’ll definitely have to run Pro275 with it. We are right at weight, it fits every rule, so we’re perfect for it.”

But no matter where Flaco races, or in what class, one thing is for certain – his truck will be one of, if not the most, gorgeous vehicles on the property.

“I just see it as a work of art,” Flaco says. “It’s super, super nice – top to bottom, inside and out, wherever you look at it, there is so much that it has that catches your eye. It’s completely eye-appealing once you see it in person.” 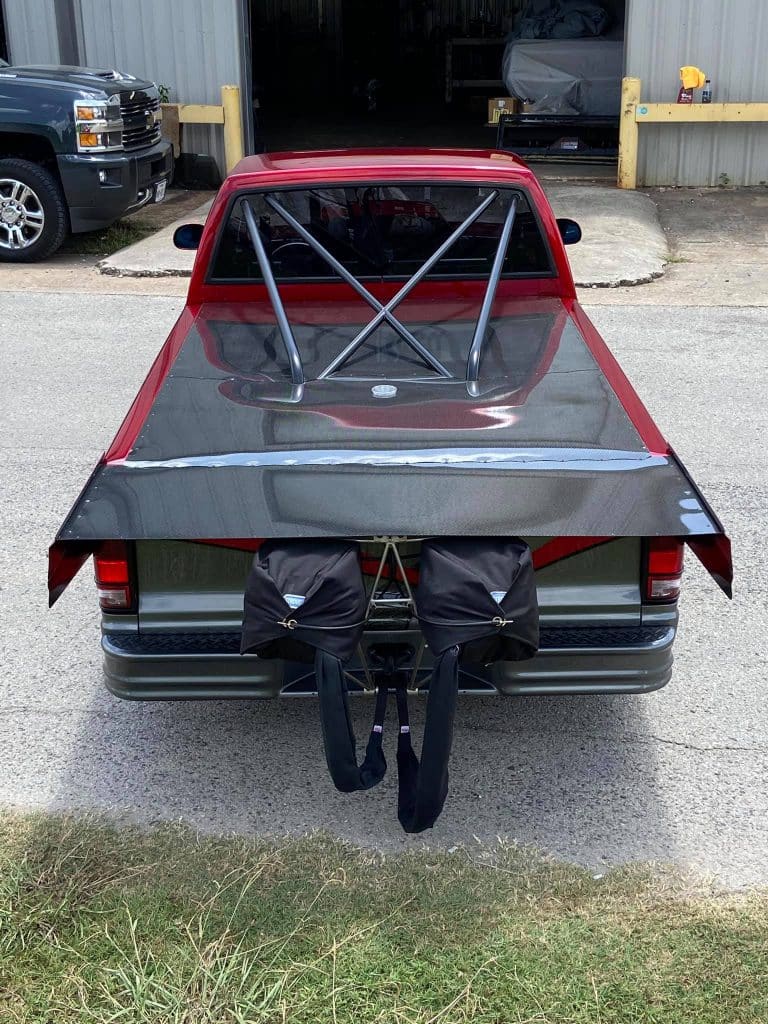 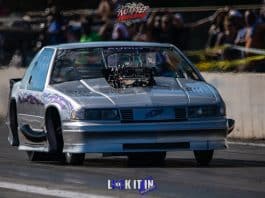 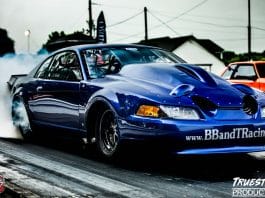 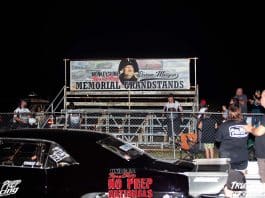 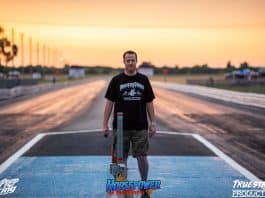 Horsepower On The Plains Truestreet Productions Album Sponsored by No Prep... 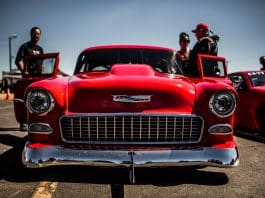 Brawl In The Falls 2020 Truestreet Productions Album Sponsored by No... 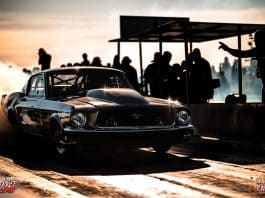 Brawl In The Falls 2020 Freak Show Photography Album Sponsored by...