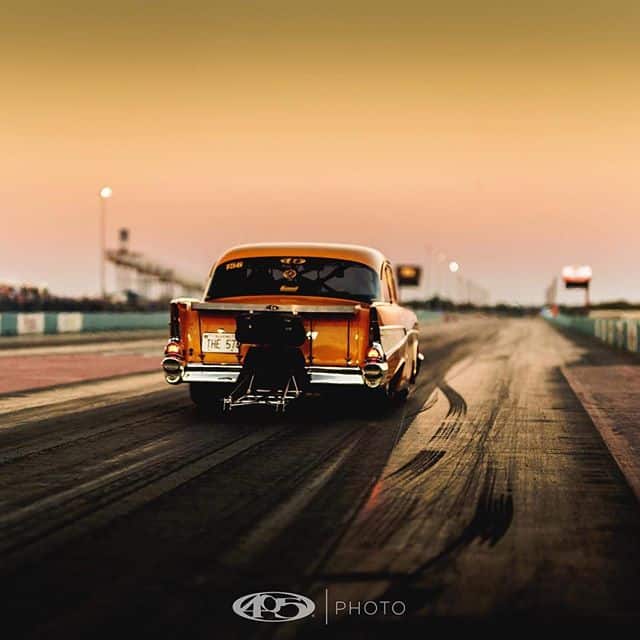 Jeff Lutz is one of the most relatable guys I have come across. He grew up in a town outside of Pittsburgh, Pennsylvania. He isn’t like most of the other drivers out there, he fully immersed into racing a little later on in life. His first car was 1974 hatchback Nova that he was given by his father at the age of 14, but he never got to drive it. Jeff moved out when was young. Shortly after he met his wife. They bought a house when he was just 18 years old and she was 17. The newlyweds had kids super early in life, because of this, Jeff is able to live the life he has today. Life has been tough but because of all of it he is able to experience the joys of working on cars with his son today.
Jeff loved watching drag racing on T.V. So when his oldest brother Rick came home from the Marines he asked Jeff to look at a car with him he jumped at the chance. It was a 70 and a half split bumper Camaro with a 400 4-speed built to the hilt. His brother couldn’t drive stick all that well so Jeff took a crack at it. He dropped the clutch and away they went. The next day they took it to the track and the rest is history. That was the first time he ever been to the track. Jeff is also the first major car guy in his family, his father had some pretty mean cars all his life but never did anything to them. His dad had told him he’d never make any money working and racing with cars, yet here we are today. Later on, his father was his biggest fan before he passed away in 2015. The last race he got to see Jeff at was Norwalk, where he was runner up against Jim Bell.
In 1988 he bought an IROC-Z which his wife drove to work for just about a year before Jeff’s upgrades began. Getting more and more into the car world, he wanted to put big tires on it. Old man Miller helped him out, and from there he knew he wanted to work with cars. After some time working, he slowly started buying equipment for his shop.
From bricklayer to chassis welder, Jeff had one hell of a leap of faith. He had his own brick and block company and was part of the bricklayers union. Once the housing market crashed, he hung up his mason tools and equipment. He went into the garage and never left. Lucky for him, he always had a small shop to work with the cars for himself and side business for others. That leap he took paid off, he now has a two-year waiting list of people who want him to work on their cars. As Jeff says, “it’s a dream come true”. He gets to work on things that he loves with his family by his side. His wife works in the office and his son is in the garage with him. Welding was something he always did. He was self-taught out of necessity, building his own tools and equipment as he needed. While working for Cody Mac Motorsports in Connecticut, who happened to own some Dunkin Donuts up there, Jeff would teach himself how to tick weld on the donut trays he had to fix. He got so good that he decided to give it shot and built his very own car trailer. 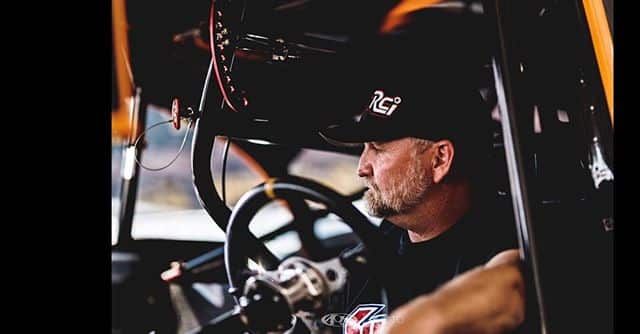 “Life has been good with it, it’s a dream come true driving for these guys on No Prep Kings and Street Outlaws”. Jeff got involved with Street Outlaws with a simple phone call. He started doing some work for the guys and the next thing he knew, he was invited to race with the best of them. Jeff is still learning on the street. He owes Ryan Martin a lot of thanks as well as Chief (Justin Shearer) and Shawn Ellington for showing him the ropes with street racing. He is still learning every day. Given the choice between street and the strip, he would choose the strip every time. It’s where he began and what he is used to. No prep is his favorite. “I can work from time slips and it’s all in a controlled area so I can work on things and tweak what needs to be. The street is tricky though, you only use 30% of your horsepower, and drag week you use it all”. Drag week is a begrudging, miserable, grueling task, and the worst thing to do with a car but that doesn’t stop him. Jeff has had his fair share of drag week times as well, he is currently a world record holder there for the world’s fastest pass.
Currently, he has the yellow 57 Chevy and Mad Max the pro-mod, and his son Jeffery has the original 57 and drives the Civic. Jeffery also purchased a 1986 IROC-Z which he plans to make as a tribute car to the original IROC that his father had and paint it yellow. Not many people know that the original black 57 and the yellow 57 are different cars. The original 57 was supposed to be yellow but from all the fans and other drivers loving the black, they were calling it sinister so he decided to keep it that way. With his current 57, it dons the iconic red headlights, which were not a particular plan he had in mind. A friend of his asked him to advertise for them and he did. The headlights are LED and can be changed, but the intimidation factor is pure and evil.
Some of his favorite drivers are Larry Dixon NHRA, Ron Capps NHRA, Clay Millican of IHRA and Cory McClenathan of NHRA. Jeff was stunned when one day at a SEMA, Cory had once waited in line for 2 hours just to get a Jeff Lutz autograph. To this day Jeff considers Cory and Clay some of his best friends. Building race cars and doing what he does best, racing, is the epitome of living the dream for him. Following his passion and drive is what got him this far and will keep doing so. He says there isn’t anything else he would rather be doing. A favorite track event of his is the Orlando World Street Nationals. He ran Heavy Street and then graduated to pro-mod racing. He was a force to be reckoned with and loved every aspect of it. Today he loves watching daily drivers at the track events. “It’s fun to see the moms and dads out there driving the minivans and taking people out”. One thing that keeps the public attracted to these shows and events is the fact the drivers are so relatable to the viewer or spectator.
Blessed with an understanding family, Jeff is by far one of the luckiest guys in the world. It’s a whole family ordeal and they are all excited for him. With his wife in the shop and coming to the races, and having his son work beside him is a gift. His other family members enjoy his T.V. fame as well. Jeff’s grandma is his biggest fan. She follows the show and has all the family that are in Kentucky keep tabs on him while he is there. Jeff also gets great joy and is beyond grateful when he gets to see the yellow 57 on all the commercials and advertisements. 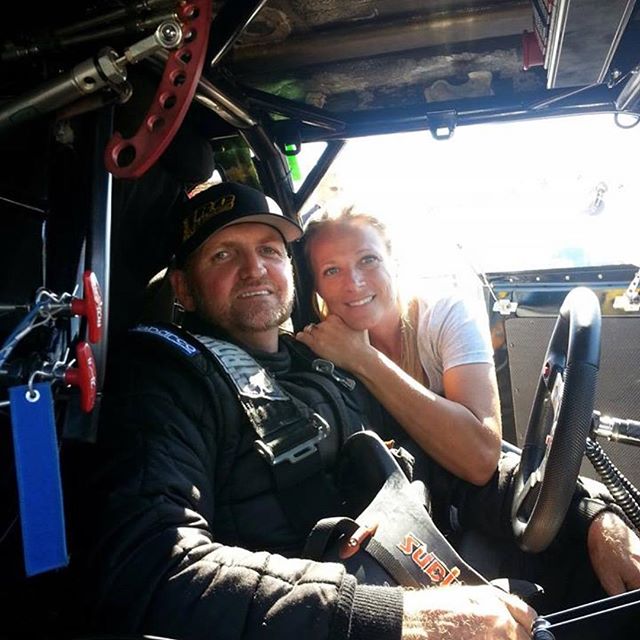 Aside from his iconic car, Jeff is also known around the pits to be a nice guy. He’s the one who is out there helping everyone in need. That’s just who he is, his fault is being too nice sometimes and he always tries to find the good in everyone. Some of the biggest struggles he deals with is keeping the car together doing all 12 races in the season. But he loves the grind and the hustle. He is beyond thankful that Summit and other companies who understand what these guys and gals do and are on board with No Prep Kings and are able to same day delivery when needed. He is always waiting and ready to go to the next event and do his best. In his rare downtime, he likes to spend some quiet time on the lake property he has, or play a little on the drums. Jeff confessed that he learned how to play the drums from his father at a young age and still plays from time to time, Triumph – Lay it on the Line is a choice favorite. Once again keeping us fans glued to the fact that these drivers are in fact, human. If he could have a legacy it would be that he has the world’s fastest 57 Chevy and the world’s fastest pro-mod. Jeffery will be running with these after he is gone. According to Jeff, his son is a better welder than he is so he’s not worried. Lutz racecars will be something to carry on forever.
Jeff is by far one of the coolest, and mellow guys in person, but put him in the seat of a car that’s ready to race, watch out. Stop by the pit and thank him for keeping and embodying the spirit of racing alive and well, helping out one another while giving us all one hell of a show to watch.

Special thanks to Lou at 405 Photo as well for some amazing shots.

Check out more of Lou’s work at 405 Photo 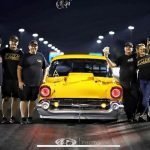 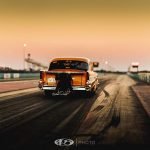 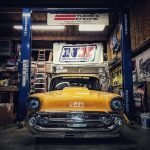 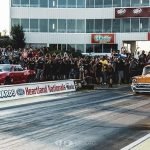 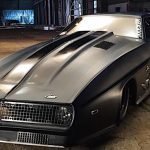 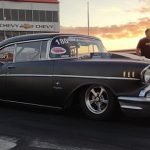 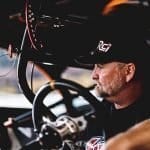 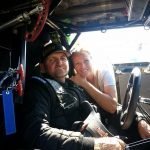 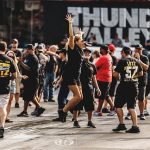 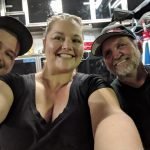 Chasing a passion with Joe Zolper