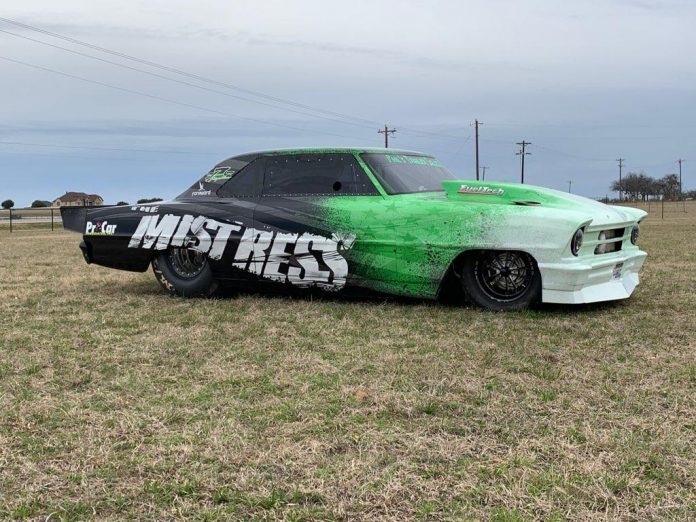 It goes without saying that Texas has produced some pretty badass drivers and cars.  Shawn Wilhoit is just one on that list.  Shawn comes from Weatherford TX.  Shawn didn’t come from the typical car family.  It wasn’t until he was in high school when he got his first car, a 67 Chevy pickup. That’s when he started dabbling in the car scene.  He and his friends would hang out in the parking lot of the high school and do burnouts after class.  Then the group gravitated towards street racing in their local areas.  Shawn has been racing against the 405 for many years now, long before a show was thought of.  Over time he has developed a love for the drag strip even though he is still very new to the lifestyle.  He prefers the no prep track because of the legality of everything and its safety measures.  Shawn likes the 1/8 mile compared to the ¼ on the track for its larger shutdown area.   He enjoys the fans, the new tracks he gets to drive on and the other really fast cars he gets to go up against. Shawn still enjoys street racing in his downtime.

Shawn has a loving wife, who helps and supports him as much as possible.  It also helps to have a sense of humor in this lifestyle.  During our phone conversation, I could hear side talk and boisterous laughter with one another tossing verbal jabs back and forth.  A perfect match.  He is also blessed with 3 children and one grandchild.  They come to his local races as best they can and think this race life is “super neat”.  Shawn and the family watch every episode of NPK.  He still finds it surreal when he is recognized out in public from the show.  When Shawn isn’t racing he owns Customs Etc. making metal structures for buildings and more.

There is only one car now that Shawn drives, The Mistress, which his wife named.  Fitting since she says he spends more time with it than her.  The Mistress is a 1967 Chevy 2, with a turbo.  It came from NY and was built by the Montana brothers, Nick and Chris.  It took 11 straight months of grinding to get this car ready to take down the track.  Shawn could not have done it without the help of so many shops around.  Even though Shawn has been racing for some time, the track is still decently new to him.  Using the Pro-tree is foreign to him, and he gets pointers from other drivers while he’s still in the starting box.  A practice tree is on his to do list.  He currently does not hold any track records, but he still goes to every race they have.  Even if he wasn’t on the show, he would still be racing his dream car.  There is also a little side project of a 2003 small tire mustang he tinkers with, with hopes of having some fun with that soon.  Last year he finished 20th in the ranks and the year before he finished 6th.  His goal this year is simply just to win, and with the Mistress it is all very possible.  He currently tests and tunes at his local track in Texas, Xtreme Raceway Park, he says “they have always been very good to me”.  When Shawn travels he keeps it simple and close to home in the heart.  His father accompanies him to every race.  He also says he doesn’t have a racing team he has a family.  Without whom he could not do this.  His racing family consists of; his best friend Hank Hull, Kyle Canion, Jimmy Wilhoit, Chad Stanley, and R.D. Migneault.  A dream team to say the least along with numerous amounts of sponsors that help him out every day.  All ranging from the windshield glass to the trailer he uses to get to and from each race. The car is tuned by none other than Manny Alveraz with HPP Racing and Phil’s trailer has been a sponsor for years which has lead to a personal friendship with Chad Stanley himself. Shawn is incredibly thankful to all of them.

About 5 years ago Shawn was involved in a fairly serious crash.  He had ping-ponged himself off both walls.   This was only the seventh time he had taken The OG Mistress down the track.  On this pass, once he hit the finish line he hit water that the other car had dumped.  This spun him around slamming into both sides of the track walls.   It was the first brand new twin turbo set up on the car.  Luckily he wasn’t hurt too badly and had only broken his wrist.  He was so mad, that the next day he took the plasma cutter and sliced the car up, even though she wasn’t totaled.  Another story Shawn shared was his first time in Memphis.  He and his family had unloaded the car and the Chevy wouldn’t start.  It slipped off the loader and sliced his leg wide open.  Shawn ran the entire race with a blood-soaked towel around his leg.  His pants were soaked in blood, he had no time to think about anything else.  It was also the only race they made it to the finals.  He lost to the Fireball Camaro.  Just like the rest of the drivers out there, he wouldn’t change it for the world, he loves what he does. Injuries happen, cars break, and still this is the life they choose.  Every day is not a bad day.  One great day makes it all worthwhile, even with a blood-soaked rag.

Some of the highlights of being Shawn Wilhoit is when he got to meet a long time idol we know as Larry Larson.  Larry was the reason Shawn built the Chevy 2 the way he did.  It wasn’t until the Armageddon race where Shawn and Larry were up against each other that Shawn confessed he was a big fan, and that he was going to beat Larry, which he did.  He still runs things past Larry to get ideas and his input on the car.  “Larry is one of the smarter guys in the industry and it’s good to keep reaching out”.

The set goals he has for this year is to win, but more so, to make a year out of it, enjoy it.  He would also like to make it to the Strip at Las Vegas Motor Speedway and get to the Super Street Nationals.  Shawn wants to make every race he can and keep the fans happy.  “The fans are what make us, we love hearing stories and can talk for hours with them, sometimes I lose track of time and have to get called up to the lanes”.  With the help of social media, his fan base keeps growing.  In the past few weeks, his new Mistress had more than a few hundred thousand views.  He appreciates all the feedback he receives from them and values what they have to say.

When he sees someone who is disabled or less fortunate, from a child to a wounded veteran, Shawn will take a tire cover off and sign it. This is a great way they can take that tire cover and have other drivers sign them as well for a great memorable item from the race.  Shawn is a top notch guy, who is extremely friendly and fun.  He will give you direct answers and does not beat around the bush in a discussion.  If you have any tips for him for the Pro-tree, make sure you stop by his pit and help him out.  We want to see him rise to the tops of that list this year. 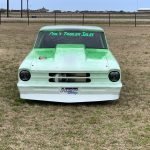 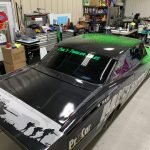 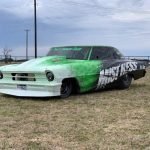 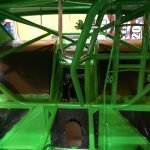 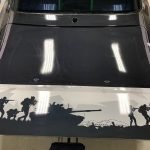 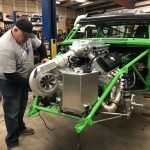 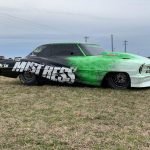 “The Kid” goes to the dark side