Traction compounds have been around since street racing started. Everyone wanted to get down the street the quickest. They would try some crazy ideas from pouring down Dr. Pepper and sending it to red Powerade. Then as street racing started to evolve and no prep started to grow racers would come up with more advanced methods to get traction and some even made their own brands to sell to other racers to use on the street or strip. When no prep first started track managers would have the traction compound brands come to there track and sell it at there no preps here are some of the best traction compounds around right now.

Jeff “AZN” Bonnett is the creator of Pimp Juice which has been made famous by the hit discovery show street outlaws. What you probably didn’t know was that the traction compound made before the show even started. They didn’t sell it then but the whole cast was basically making it their own. Sean “Farmtruck” Whitley one day decided to make a better version by adding some herbs and spices which let me remind you he is no chemist and so then Bonnett and Whitley decided to find an actual chemist that wanted to take the time to understand what the compound is used for now they didn’t see the chemist till the show actually was started. They wanted to make something that would stay on the roads for a long time and would still stay on the road after a heavy rainstorm. Bonnet says “ we test our product as much as we can to make sure its 100% cause at the end of the day if we don’t test our product then we are going to have problems.” Now I know we are talking a ton about the street racing here but if you go to a no prep you will most likely see a few of the pimp juice bottles. This compound is used mostly on the street though Cory Bullock is a user of Pimp Juice and I bet he can tell you it himself but his car has never done a wheelie on the street till he used Pimp Juice.

Nic Roberts started out small and made a name for himself when he started making his traction compound Devils Glue. Devils Glue began being made in 2013 it was just like how all the other traction compounds start you mix a few things try some new things and then you sometimes stumble on something and it works or at least it did for Nic. Devils Glue has grown a ton since 2013 I mean now Nic has guys that use that everywhere they go and I can’t even begin to tell you how many no preps I have been to where all I see is Devils Glue. Devils Glue is run on some of the fastest street raced cars out there KC Maxx runs that and he is the fastest small tire and big tire car in Kansas City. If you see Nic at an event or on the streets and need some prep he always has it in the back of his car or truck and he is always down to sell some prep to anyone. In fact a few years back Nic had his own event Horsepower on the plains which is when the name Devils Glue was getting out and after that event, Nic said: “I had guys I never knew coming to me asking for prep and I even shipped some out of state”. So if you want to hook the street or track and you want some Devils Glue your gonna have to “Sell your soul to get out of the hole”.

The traction compound created by Justin Price is Skinnies Skreecret Sauce Traction Compound. Justin started making Skinnies traction Compound about 10 years ago when he was racing on the street and everyone wanted his compound but… he wouldn’t sell the prep cause it gave him the advantage against everyone on the street. After having to have back surgery a couple of years ago Justin was forced to take time off from racing and during his time off he decided to focus on making his product and during that time he made Skinnies available to the public. “Skinnies Sauce” is different then most other compounds which your probably wondering why well with Skinnies yes they have 130+ distributors across the U.S. but you can also buy Skinnies on Amazon prime and it will be shipped to you or can also find them selling Skinnies at every Street Car Takeover where they have it at their booth. Skinnies is so big now that they have racers using it in Canada and most of the no prep racers use it too like Jamond Haug driver of the Frigg and Gudfar also another example is Billy Hoskinson in his infamous s10 who kills it on the street and also at the track. Skinnies is also different from others in a few more various way their compound isn’t affected by temperature as much as other preps Justin says” we have seen cars that use our product go wheels up on the street in 20-degree weather and also in 90-degree weather pouring straight out of the bottle, not changing the mix”. Skinnies is improving their product every day and plan to till they decide to not sell it anymore.

Dig or Die Dig Days 2 $20,000 at Rockingham Dragway Album by Lock It In Productions Sponsored by No Prep Racing® 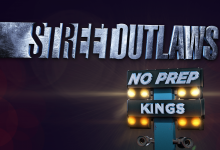