We just closed again another weekend of some amazing racing of the no prep kings season 5 at the Bandimere Speedway in Morrison, CO. Amazing facility on the mountainside; one of the most beautiful tracks in the nation but notorious for being favorable to mostly nitrous cars due to its elevation and air quality which mostly favors nitrous charged combos.

First round driver’s meeting and chip draw took place around 2pm. After a word of prayer and singing of the national anthem by Melody Roberts, the beautiful sounds of the first cars firing up could be heard in the lanes and it was about to be a day like no other in the history of street outlaws, no prep kings.

As early as the 11th race in the first round of invitationals everyone knew this was going to be like no other event when Jim Howe #14 in the points table eliminated Ryan Martin who’s #1 by a huge margin after he red lights. This was very unusual of Ryan Martin and this pushed the fans to re-watch the race frame by frame and concluded there was instead a malfunction in the light but nevertheless Jim Howe was right there and could have still won regardless.  As if this was not enough, 3 other top racers in the great 8 (Scott Taylor, Robin Roberts, and Justin Swanstrom) are all eliminated in the first round by racers well below the points table. With Ryan Martin eliminated, all eyes turned to Kye Kelley to close the points rift between his second position and Ryan’s first position and possibly win the whole event but no one was ready as things event got more confusing after Kye Kelley #2 was kicked out the race at the second round by Mike Murillo who at the time stood at #13 in the points table.

Moving to the third round, the fans had become strong believers of “anything can happen” as at this point arguably all their favorite racers (Ryan, Kye, Lizzy, and Swanstrom) had been eliminated meanwhile “new names” like Boddie Jr, Brandon James, and Jim Howe were still swinging strong.

Round 4 (semifinals) saw Daddy Dave and Jerry Bird who are two OGs in the no prep kings series matched against each other and Brandon James and Jim Howe who are newbies in the NPK series matched with each other. Judging from the crowd’s reaction and online discussions from fans worldwide, Daddy  Dave was their guy but he is also eliminated by Jerry Bird in an arguably controversial race because Dave crosses the finish line first but he red lights at the starting line. This caused an uproar from Dave’s fans watching online as they had the privilege of watching the race frame by frame and once again concluded the lights malfunctioned but that was just fans giving their point of view meanwhile on the other side Jim Howe’s run was terminated by the mega cash days rookie Brandon James.

Moving to the final was NOLA,s OG; Jerry Bird in the nitrous charged ford probe and California’s rookie Brandon James in the blower Chevy Nova. What is notable here is that none of these two had ever won a No prep kings final race. For Brandon James it was his first time in the finals but the Bird Brothers have been here a couple times and fell short every time.

The two cars took to the starting line; Jerry Bird on the right lane and Brandon James on the left lane. After their burnouts, I could almost feel their heartbeat above the loud sounds of these cars building boost. Lights went green and the two cars took off! Racing door to door down the 660. It was so close that you couldn’t tell for sure who won. All eyes went up to the win lights and there it was; Right lane! After 145 rounds and 9 finals the Bird Brothers (Jerry and Darryl Bird) finally win a no prep kings event.

The Bird brothers finally left Bandimere Speedway with the trophy and most definitely a higher level of motivation to win even more of these trophies.

This article and coverage was provided by UPSHIFT 360 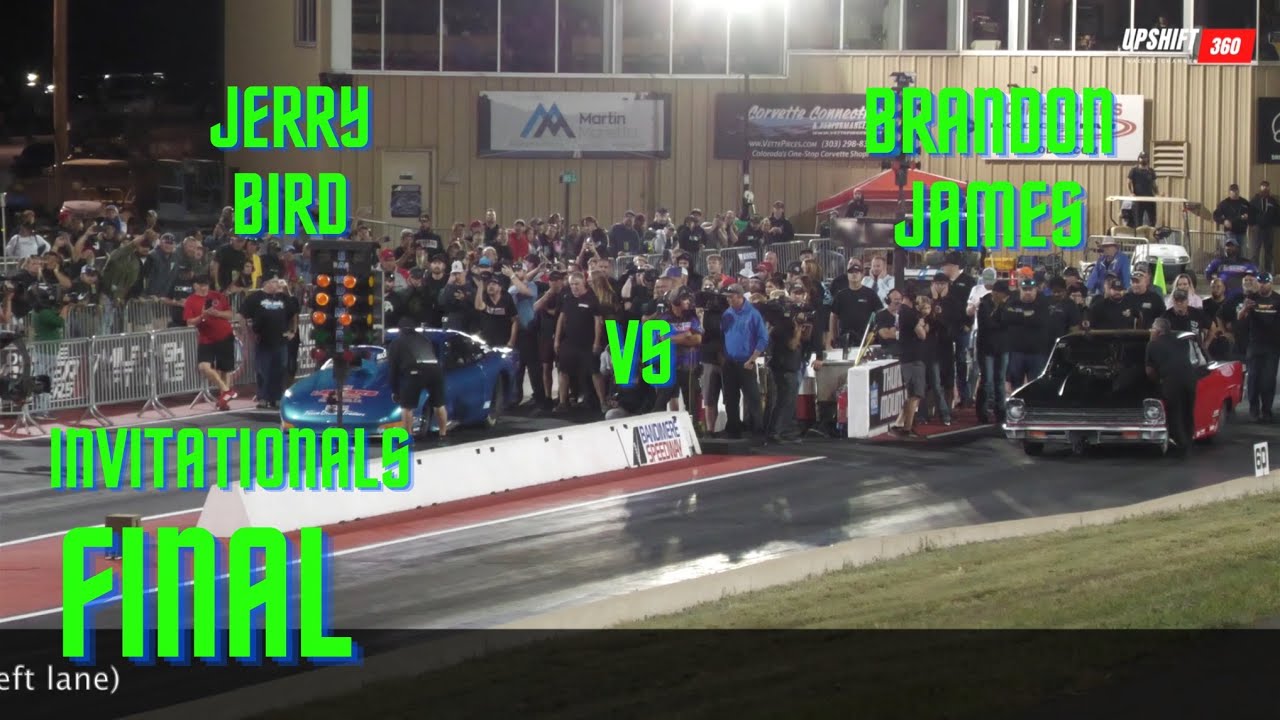