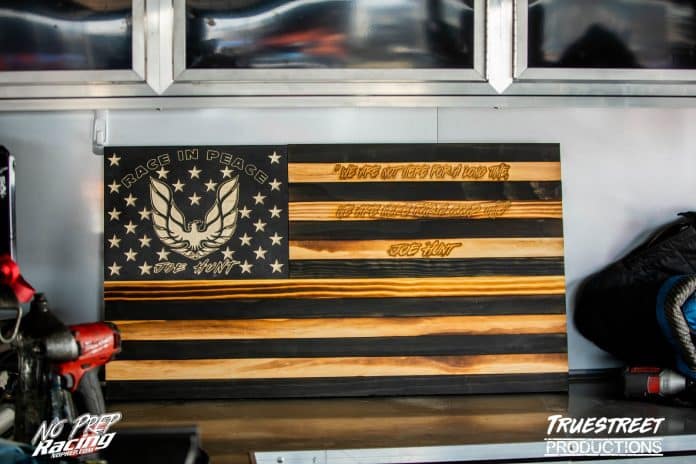 On Saturday, May 9th at I29 Dragway in Pacific Junction Iowa. A race was held in memory of a great drag racer that had passed away in an automobile racing accident at a legal street race in Coffeyville Kansas. Joey Hiykel otherwise known as the infamous street racer Beater Bomb put on this race in honor of his best friend Joe Hunt. The race was announced in October of 2019 saying, “Joe Hunt’s Memorial Race May 9th at I29 Dragway” lastly it said “***Hint*** have your Blackhawk apparel handy.” Once the date was announced street racers, no prep racers, and Media from all over the country were ready for the big race on May 9th of 2020 at I29 Dragway.

Friday May 8th comes and it’s I29’s first event since the flooding at their track. The Dragway had held a test and tune that night and it was packed with over one hundred cars on the property. Most of the cars on the property that night were racers getting ready for the big race the next day. The morning of May 9th is one I am sure I29’s Dragway’s crew will never forget. The gates opened at 9am but they had a huge line of racers and spectators well before then. Most of the spectators showed up in their Blackhawk shirts which meant they got in free for that race. Once racers started flooding in and tech was open everyone rushed their cars to get teched in for the races today.

The drivers meeting started at noon and was held by Hiykel who explained all the rules to all the drivers then had them split up in separate spots to have their own separate drivers’ meeting’s and find out who is racing who. The races were set up with racers drawing from chips and being entered a ladder with the number they received at the gate. After the drivers meeting was done, they would then post the sheets with the number of how many drivers they had in each class and having to figure out who they ran by looking at the sheet with just the numbers on them. The small tire drivers were first on today’s list featuring 31 small tire cars.

Small tire first round began fifteen minutes later with the first car being Salty Cobalt who had the bye in round one. Thirty other racers went down the track after and that finished the first round of small tire next up was 7.50 index which had a ton of cars and featured Curtis Wells wife Sonja Wells making her debut in her car and winning first round. The third class of the day was Drag Radial which had a very special car in it that was built on the show Horsepower Wars which Hunt and his crew from team Midwest Mayhem helped build. After Hunt’s passing Hiykel felt like the best way to honor him on this day was to race it in the drag radial class. The next class of the day was 6.50 index and it had 56 cars which was a good car count for index racing. Last Class of first round was Big Tire this class was interesting because of what was happening at the time they got called up there it was sprinkling which caused some drivers to not want to come up but eventually they did. First round finished and mother nature dropped a nice thunderstorm for us. It then rained for 45 mins but Hiykel and the great staff at I29 said the show will go on and worked their butts off the get the track dried off.

The second round began at 11pm that night and the races finished at about 2:45 the next morning. The winners of the classes were in Small tire Kasey Fowlkes, 7.50 Zach Greenhalgh, Drag Radial Terry Sorenson, 6.50 Dan Ide, and the big tire winner was Paul Steyer. I have to say hats off to Joey Hiykel and I29 Dragway’s crew for all the hard work they did to make this event happen. 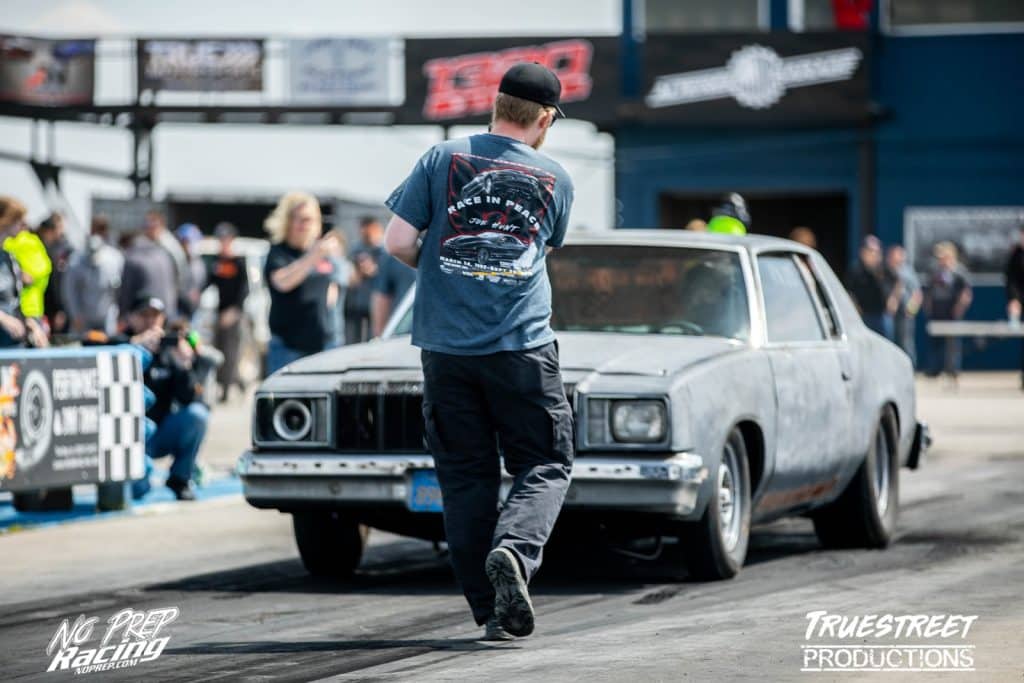 Dig Or Die Christmas Clash at Rockingham Dragway Album by Lock It In Productions Sponsored by No Prep Racing® – No Prep Racing NoPrep.Com